CLICK PIC FOR MY MCDAVID PIECE ON THE WEEKEND

thoughts on the passing Kobe Bryant

Q: wHAT WAS THE TIME FRAME OF THE PROJECT?

The documentary project started in earnest around the mid of September 2019.

It was finally completed and delivered to Sportsnet on the morning of January 23rd after the last month from December 1st through the Christmas holidays every day until January 23rd.

The feeling was that if we could not get this on air during the NHL All Star break with all the global hockey media on site that the timely importance of this story might lose its impact.

I did not want that to happen.

Along with the support of Connor’s agent, Jeff Jackson and the opportunity given to me in putting together a very driven and trusted production team led by my favorite co-producer in the last 20 years, Pollyanna Hardwicke-Brown, who was instrumental in the success of “Making Coco, the Grant Fuhr Story” in addition with several other extremely talented production freelance personnel from our city not to mention a few weathered and grizzly national broadcast consultants, such as John Shannon, I knew we had a very good chance of creating something special.

Q: Did the Subject of the film make you a better film maker?

Because I was there in the in the very beginning and only a few days after the injury, when Connor was quite distraught as to how the next few days, weeks and months were going to unfold and what options he was going to have to face and make somewhat immediate decisions on, that would have a major impact on his future as, not just an elite hockey player, but as a regular personn. I was entrenched in the emotion of the moment and it left a intense mark on my heart and soul. As a father myself, I looked at him back then as a son who was in need of a lot of trust, comfort and support in facing the next few weeks and months.

When the decision was made 5 plus months later to produce a documentary on this complicated journey, Connor had embarked on, I never forgot the emotion of the moment.

Q: How could this change hockey?

This will most definitely now reveal to athletes in all sports, a look at the new, innovative and revolutionary combinations of the training and rehabilitation medical, scientific methods now being developed with very well researched, and data backed disciplines of exact and precise executions that the varying expert doctors, scientists and elite fitness trainers are now staring to implement at all levels.

As someone who knows Connor well, were there three or four things that surprised you?

His unwavering commitment and work ethic required to get back not just to the playing level he was at but to surpass that in a very large way.

Connor not only wants to bring a championship back to a city that has experienced great success and with making all his teammates around him to join his leadership by example do it in a way that will leave lasting memories in the minds of fans for years to come.

His unwavering commitment and work ethic required to get back not just to the playing level he was at but to surpass that in a very large way.

Connor not only wants to bring a championship back to a city that has experienced great success and with making all his teammates around him to join his leadership by example do it in a way that will leave lasting memories in the minds of fans for years to come.

Did Connor ever ask the movie not to make him a hero and how did you treat that?

E very single day, he wanted the film to tell his fellow colleagues that it is in their best interest and with the support and collaboration of their represented club to get second third and fourth opinions on how best to deal with serious and for that matter any injury.

He wanted this story to tell about the new and innovative training and rehab techniques he went through, that not necessarily are on the radar of the off season training regiments of athletes.

He wanted to show the need to search out the very best mental and physical methods to prepare to be in the best shape for the fans that what to watch something special.

This was never about him in his mind but how he can help to develop new and innovative ways of competitive preparation in the arena of their sport.

WHAT DO YOU THINK?

A GREAT STORY FOR THE DINNER TABLE?

Are you going to Watch this tonight?

First string of the sentence.

This is an Alert I am a description. Click the edit button to change this text. × Dismiss alert FYI… DUSK UP IN EDMONTON — JAN 24 A LITTLE DUSK-UP IN EDMONTON – JAN 23 COFFEE WITH CAM SCOTCH AND SIGARS THE AJ SPORTSNET FIRST CUP – COFFEE WITH CAM – JAN 21 COFFEE@NOON COFFEE WITH CAM – SECOND CUP COFFEE WITH CAM – JANUARY 20 – 5 A.M. SUNDAY AFTERNOON COFFEE Edmonton Sun – January 19, 2020 – It all ends Sunday THURSDAY TOP NEWS STORIES A LITTLE WISDOM FOR.. Deb Cautley NEWSY TWEET HUGE NIGHT FOR OILERS AND NO. 97 WOW! WHAT A STORY WHAT IS YOUR FAVOURITE TOM HANKS MOVIE MOTIVATION MONDAY FROM CBC READY? A PERFECT WAY TO START THE DAY AHS OVERTIME CURLER MATT BALDWIN NAMED TO ORDER OF CANADA CAM 'N EGGS – DEC. 30 – 6 A.M. PLEASE JOIN MY NEW YEAR'S PROJECT THOSE … TWO WORDS A CHRISTMAS GIFT. FROM CAM

Phone lines are open for another 20 minutes! Call in and become a monthly donor right now: 780.4067.5437. Some of our lovely @StolleryWomens Network members are ready to answer your call! https://t.co/Dw4PUIA0ru&#8230; 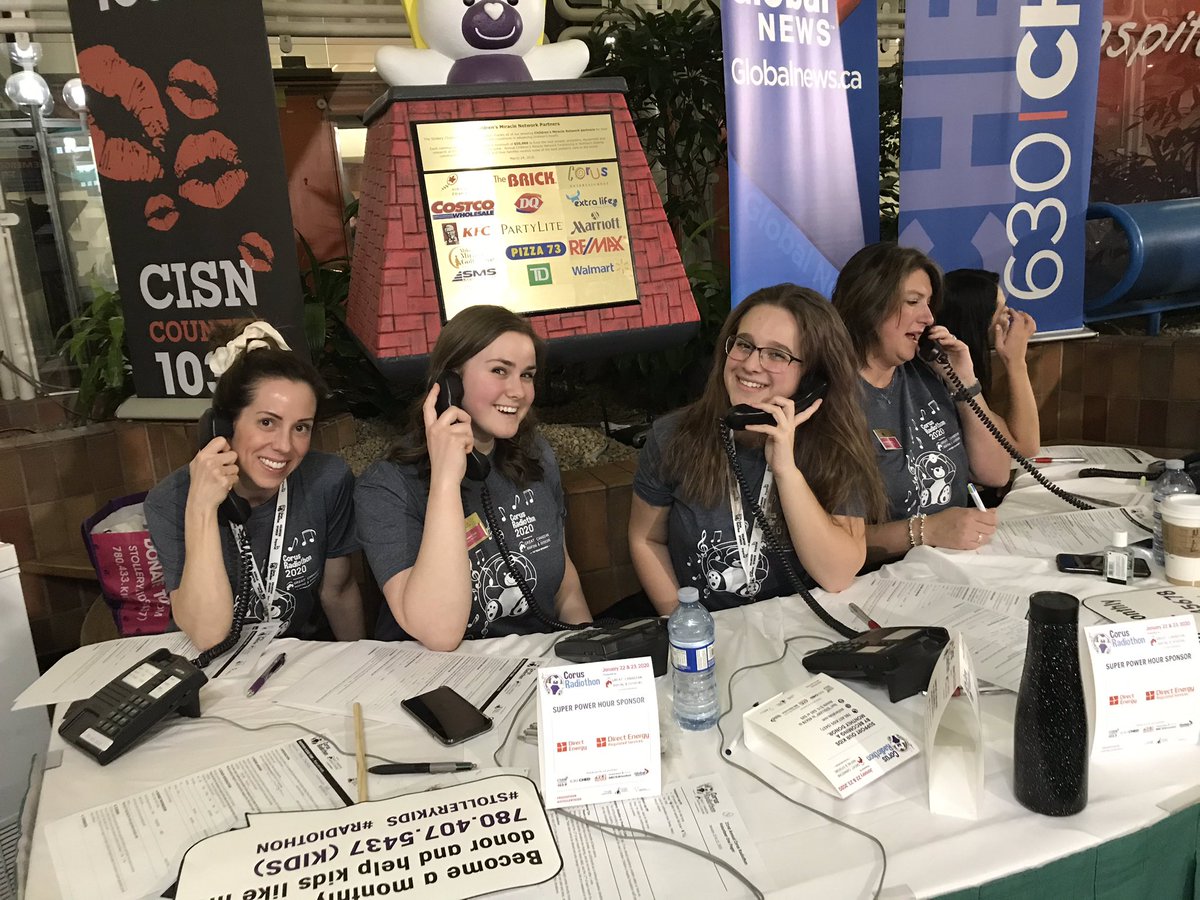 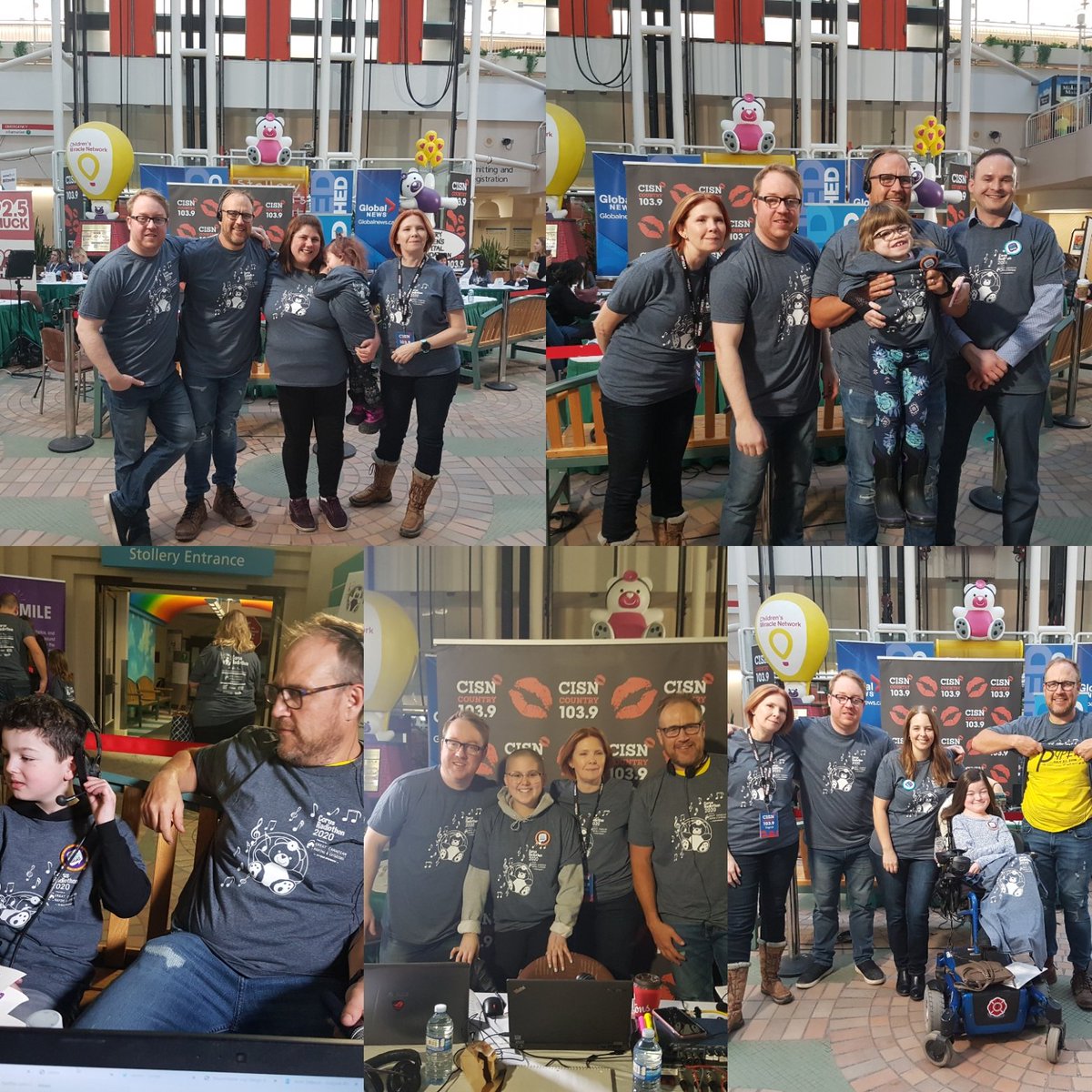 When our #Stollerykids are not on air sharing their stories, they’re having a blast colouring our Wall of Heroes. Special thanks to @HABFC for making this happen and supporting #Radiothon for the past 15 years! https://t.co/nJmVCoFA5h&#8230; 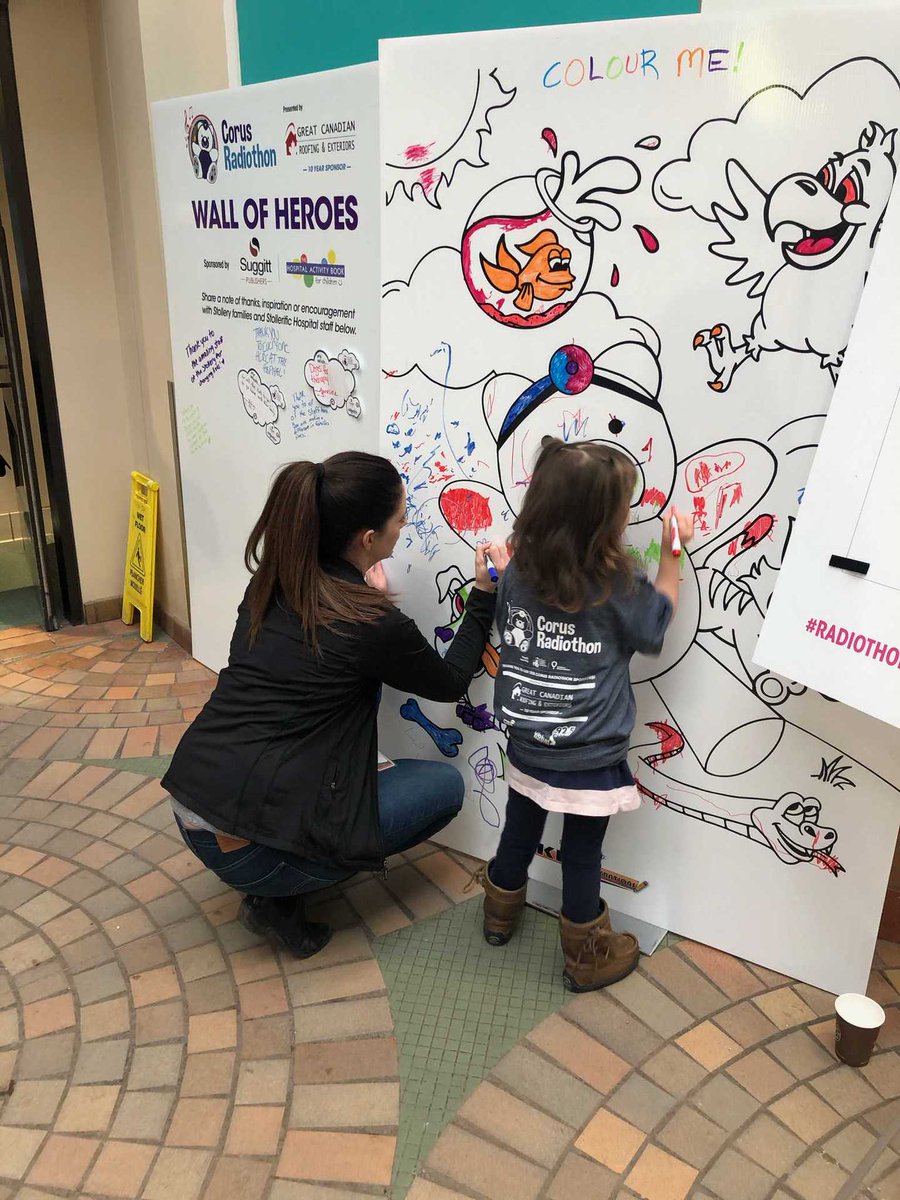 After 10 years – you can see the love and the laughs between our amazing media partners @CISNCountry and presenting sponsor @Greatcanroof! Great to hear from Jason about the last 10 years of supporting the Corus #Radiothon https://t.co/gsFAjo1y81&#8230; 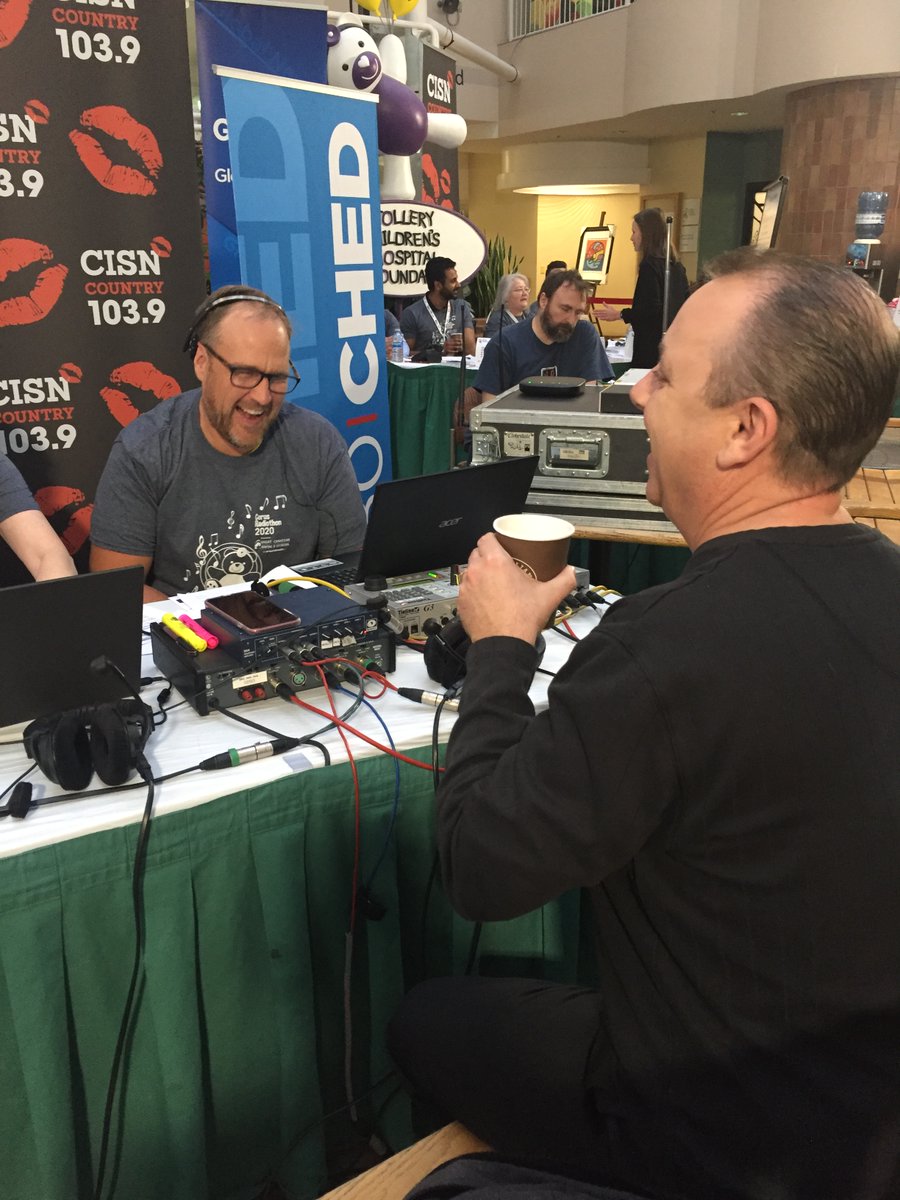 RT @CISNGregg: Love meeting families who share their Stollery story for the first time. Thank you Alana and Justine for being so brave. You……

#Radiothon wouldn’t be possible without our dedicated volunteers taking your calls. Thank you to @ImperialOil for being our volunteer sponsor and joining our Corus #Radiothon team for the first time 💜 https://t.co/W4lasycNI6&#8230; 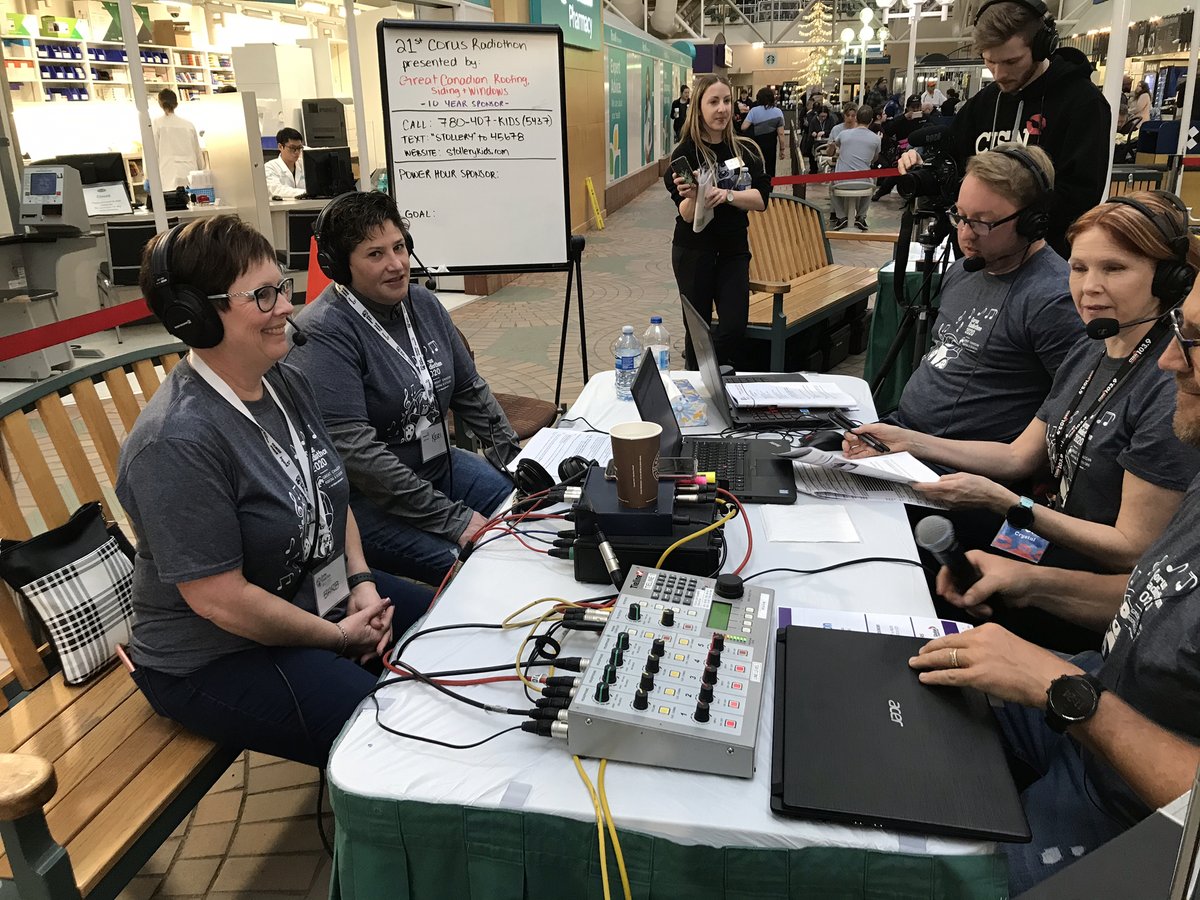 During this #Radiothon Power Hour, you’ll hear more amazing #StolleryBackyard stories from families like the Sadownyks thanks to @SwagelokEdmon. Make sure to donate today at https://t.co/RTHmPmEX0d&#8230; 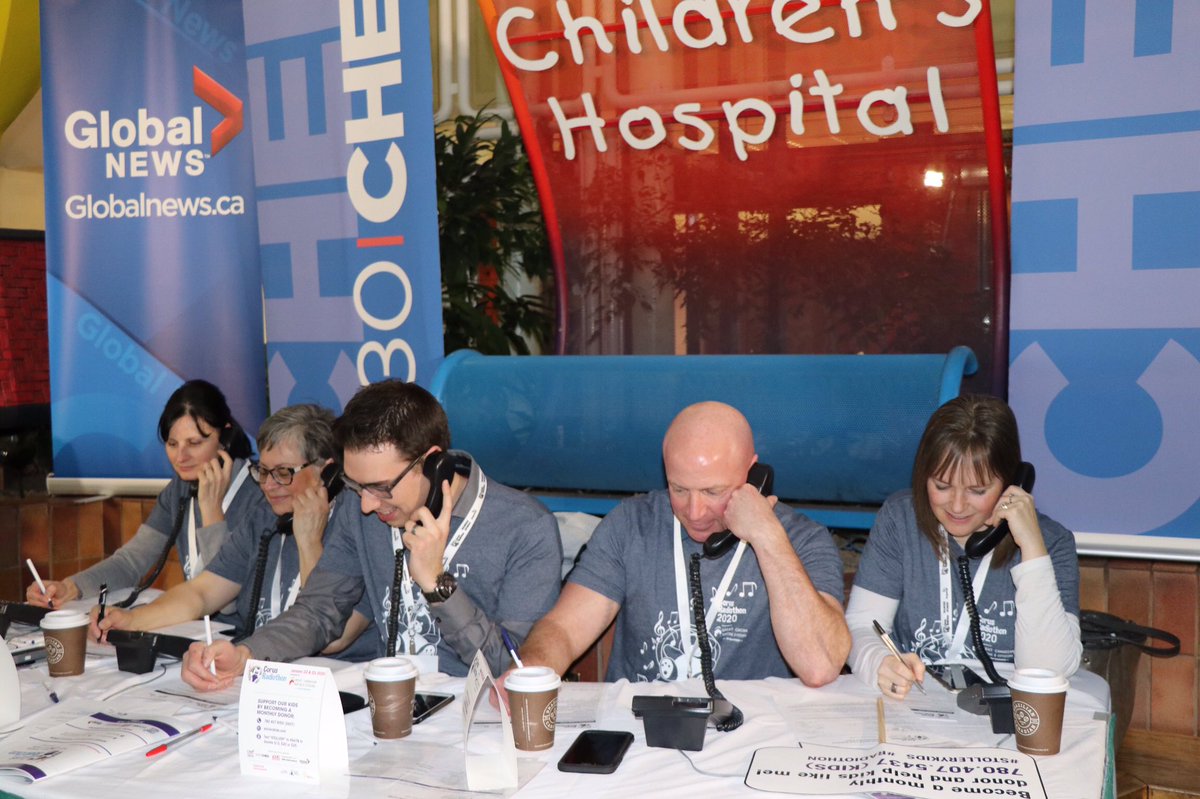 MY JANUARY 23 COLUMN ON THE MAGIC OF RADIO

In all honesty, I didn’t want to be a newspaper reporter growing up.

Radio: that was what I where I wanted to be. Because the pure magic of radio didn’t just grab me. It hugged me, embraced me and introduced me to the endless journey of the theatre of the mind.

It was a little black and silver transistor radio with the small hole on the side near the bottom to plug in an earphone. I turned on one Saturday morning when I was eight.

The first song I heard? Jay and The Americans. This Magic Moment.

That was it — my anthem, if you will — of what comes out of speakers, still today.

Human voices, thoughtfully selected music and a sound effect — only to be sparingly used, you understand — can produce powerful images.

No high-end technology is required. Nor batteries. Just an imagination and a creative mind’s eye are the only production materials needed.

I discovered in elementary school I enjoyed writing. Storytelling became, and still is, fun and engaging.
Music also was making a significant impact in my life.

I didn’t want to be behind the microphone. On-air isn’t my bag. I wanted to write scripts, suggest music selections and sound effects. NAIT had a radio and television arts program and I enrolled in 1977.

It was great. I made lifetime friends, had thousands of laughs and learned how to write for radio.

The good Lord, though, had different ideas for me.

from TED: The Power of Radio

The book my mentor Jim Taylor co-wrote with me

A CBC documentary from 1966 about our family.

Do you agree with mr. hall?

One of my favourites from my CD COLLECTIONS

Not too long ago…